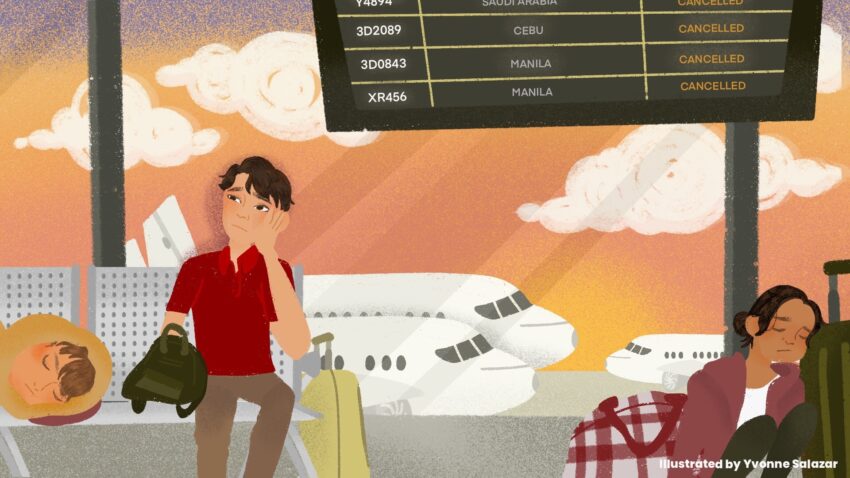 Early this year, news about the rapid and exponential rise of COVID-19 cases in several countries triggered an unprecedented series of flight cancellations either by the airline companies or by passengers who chose to exercise prudence.

These events gave rise to mounting claims for refund of the full value of plane tickets.

Due to the absence of a vaccine for COVID-19,  ticket rebooking and conversion to travel funds were not considered viable options for many at the moment.

Given these circumstances, the public wants to know how airline companies should treat a passenger’s request for full refund of the ticket after a flight cancellation.

First, passengers voluntarily cancelled their flights scheduled in April and May 2020 which was way ahead of the government announcement on travel bans (Voluntary Cancellation).

In the first scenario, many passengers reportedly demanded the refund of the full value of their tickets citing, among others, the unfavorable condition in the affected countries brought about by the COVID-19 outbreak. There were claims that the situation in the affected countries were beyond their control. Many others also claim that they were doing their civic duty by preventing a cross-border transmission of the virus.

So, what options are available to airline passengers facing these scenarios?

As long as the cancellation was initiated by the passenger and there was no official travel ban in place, the cancellations are deemed “voluntary” regardless of the circumstances existing in the affected countries.

Here, the reimbursement will be processed under existing refund policies which may not entail the full value of the fare.

May the Covid-19 pandemic, nonetheless, be treated as a force majeure to entitle a passenger to claim the full reimbursement of his plane ticket?

Under the Air Passenger Bill of Rights, before a passenger may be reimbursed for the full value of the plane ticket on the ground of force majeure, three requisites must concur:

Without the concurrence of these requisites, airline companies may not be compelled to refund the full value of the tickets.

Reason: To oblige the airline companies to refund in full all the cancelled flights at the instance of the passengers would likely lead to irreversible financial hemorrhage.

Even the Air Passenger Bill of Rights allows air carriers to offer other options in lieu of cash refunds.

Airlines may provide the option to rebook tickets to a later date.

They may also grant any other favorable recourse such as the option for flight credit and extension of mileage expiration policy.

Once a passenger has received the refund, even if not the full value, he may no longer claim the remaining amount in the event that the government subsequently issue a travel ban. The receipt of the refund, even if only a portion of the  total amount, may constitute an extinguishment of the obligation of the airline company to make any further refunds.

This may be done through the execution of waivers and quitclaims as a condition for the receipt of the amount of refund.

In the second scenario, when there is an official travel ban issued by the government, airline companies would have no choice but to comply with the said directive and cancel the flights. In such cases, the cancellation may now be considered as attributable to the airline company. What are the rights of the passengers under mandatory cancellations?

Here, passengers may claim the full value of their plane tickets as stated in the Air Passenger Bill of Rights.

Flight cancellations during ordinary times, are not at all uncommon. It may be initiated by the passenger himself or the airline company due to various circumstances such as abnormal weather condition or other isolated events. In case of flight cancellation, passengers may be entitled to compensation, to rebook the flight, or to a refund, depending on the circumstances.

These are not ordinary times.

It has been more than two (2) months since commercial air travel was suspended.

It is evident that the pandemic has created a logistical and financial chaos in the aviation industry never before seen in recent history. One can only imagine the financial losses that airline companies suffered and continue to suffer.

These are extraordinary times calling for a just and reasonable application of the laws.